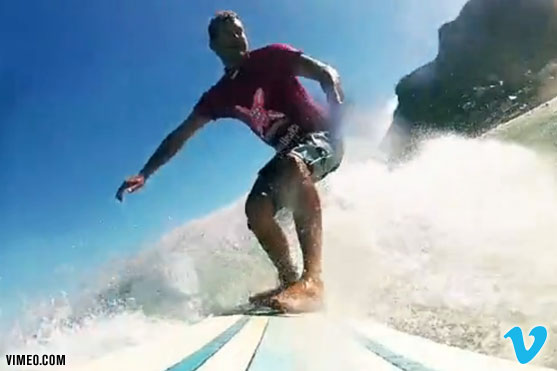 So there’s this guy (with a seriously deep voice) called Carlos in the office next door to us.

The only thing Carlos might love more than surfing, is making movies.

So we decided to make a (very quick) surfing movie.

Ant Scholte (from Learn 2 Surf) paddled out twice with Carlos’ GoPro camera and a couple of days later, while sipping on his morning cup of coffee, Carlos whipped out this fun video..