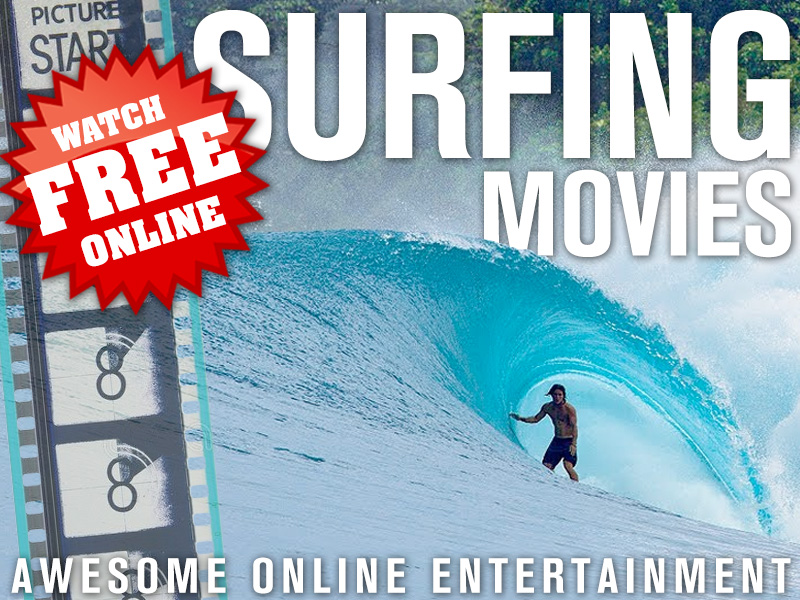 Here is a collection of some of our favourite (complete/full length) surfing films that you can watch right here for FREE!

Massive thanks to all of the film makers for sharing their work! Please check out their YouTube pages and follow them for more awesome films

Amazing scenery and surfing in some very unusual and far reaching locations!

A fun movie shot in warm tropical waters. It plays on the idea of finding a surfer’s paradise – the legend of the enchanted ‘Pedro’s Bay’.

Features a great variety of surfboards and waves and has a nice mellow soundtrack.

The movie follows the soul surfing, simplistic travels of two surfers on a journey across an archipelago of tropical islands.

Beautiful scenery and a great variety of surfing styles on different types of surfboards. Cool soundtrack too!

A short-film about Longboarder, Joel Tudor and his journey to the top of the professional surfing scene, then turning away from that to starting his own ‘new scene’. Cool story!

The 25 two-minute surf movies that make up Taylor Steele’s INNERSECTION were each created by the surfers themselves. These are some of the best  surfers in the world, chosen from over 150 international submissions by an online audience. Once the surfers qualified for the movie, that’s when Taylor Steele went to work: producing the sections with the surfer/filmmaker teams, then blending the parts together into a single, flowing surf movie that changes pace, location, and style like an aquatic roller coaster. The surfers come from all around the world: New Zealand, Hawaii, Brazil, Peru, Australia and the US. The footage is the best of the year. The twenty-five filmmakers each bring their own style to the edits. And the final experience is something completely unique.

Jaw-dropping footage of one of the biggest and scariest waves on the world surf tour.

On Aug 27th 2011 the French Navy declared this day a “double code red” prohibiting and threatening to arrest anyone that entered the water. Kelly Slater described the day by saying “witnessing this was a draining feeling, being terrified for other people’s lives all day long, it’s life or death”.

All images where shot by Chris Bryan using the Phantom HD Gold camera. To see more of Chris’ work check out his website: www.chrisbryanfilms.com

Mind blown?!? Well here’s another video with the full story of what exactly went down on this ridiculously massive day of big wave surfing in Tahiti. Crazy footage!

River/tidal bore waves happen on spring tides (full moon or no moon) all around the world. Check out this post (with videos) on the tidal bore in the Amazon river: Pororoca: Surfing in the Amazon River

Before he became a super famous musician, Jack Johnson was a pro-surfer and surf movie maker.
Thicker Than Water is a surf film directed by Jack Johnson and his film school friend Chris Malloy. Both Jack and Chris are former pro surfers. The film features many surfing legends from the 90’s such as: Kelly Slater, Shane Dorian, Brad Gerlach, Tim Curran, Taylor Knox, Rob Machado, Benji Weatherley and Dan Malloy (Chris’ borther) and they visit locations as far-spread as Australia, Indonesia, Hawaii, India, and Ireland.
Beautifully filmed and edited with and awesome soundtrack, Thicker than Water received Surfer Magazine’s 2000 Video of the Year Award.

Watch this short clip of South African pro surfer Jordy Smith do a “Rodeo Flip” when he was on a surf trip in the Mentawais Islands (off the west coast of Sumatra, Indonesia). This clip nearly broke the internet when it dropped back in 2009. No one had ever seen anyone do this before!

There are WAY more FREE Surf Movies out there!

Have any suggestions for us to add to this list?

Please let us know other films we should consider for this list by emailing us here:
blogtips@learn2surf.net

ENJOY THE MOVIES!!
Hope you’re back in the surf soon! 🙂